Bill would end subminimum wages in WA for people with disabilities

Last spring, a handful of advocates met to discuss subminimum wages in the state of Washington. That meeting led to a months-long effort to see who else was concerned, and an October 11, 2018, work session in the House Committee on Labor and Workplace Standards. Now there is a bill that would end subminimum wages for people with disabilities in Washington State. The number of organizations in support of this effort has reached 80. Here is information created to explain the effort to state legislators. 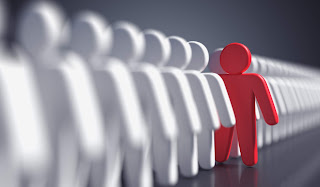 WHICH IS BETTER? 87% SUCCESS, OR 1%? Research and real-world experience both tell us that with the right job match and tailored supports, even people with the most significant support needs can work successfully in competitive, integrated employment at minimum wage or higher. “Competitive and integrated” just means a normal job in a normal workplace, alongside co-workers who do not have disabilities.

In Washington, we lead the nation with an 87 percent employment rate of people with developmental disabilities who receive employment services. We do this by helping people find the right job and follow up with training specific to that job. In states that rely on subminimum wages to spur employment, as few as 1 percent of people with developmental disabilities who are receiving employment supports are competitively employed in integrated settings.

THE REAL ISSUE? BAD JOB MATCHES. Subminimum wages are set by productivity tests. People with disabilities are paid based on a percentage of what a “normal” person would produce. No other employees are subject to this test; the presence of disabilities is presumed to hinder job performance. The real issue with job performance, though, job suitability. This is true for everyone. If someone is in the wrong job, they aren’t going to thrive. Rather than place people in jobs they aren’t suited to, we should help them find a good match.

TAXPAYERS PAY MORE TO SEGREGATE: Subminimum wages are most often used in sheltered workshops. Studies show these are not environments that people with disabilities seek out or prefer, regardless of the level of disability. And yet, tax payer money is often used to subsidize these settings. Instead of investing in job matches and training for jobs in the community, employment support funds are used to operate sheltered workshops. The same money, when invested in community options, RETURNS MORE to the taxpayers. A study of rehabilitation cases from 2002 to 2007 found that or every $1 invested into supported employment, $1.46 was returned to taxpayers.

Advocacy @ Arc of King County
We protect and promote the rights of people with intellectual and developmental disabilities. We teach civic engagement and leadership skills and connect people to opportunities so they can be the change they want to see.