No, we do not support the American Health Care Act 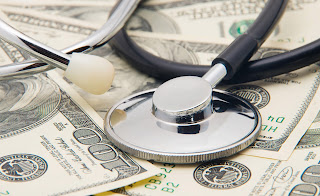 -
Is it OK to let states agree to terms that could discriminate against people with disabilities?

Ultimately that is the issue with the latest compromise in the American Health Care Act (AHCA).

The Arc says, no; it is not OK. Certain protections need to stay in place so all people have access to health care. Coverage should not be limited because of who a person is.

The Affordable Care Act (ACA) reformed health insurance practices and included strong provisions to end years of discriminatory practices. As the law stands now, people:
That was not the case before the Affordable Care Act, and public polling shows strong support for continuing protections.

And yet loosening those protections is where Congress stands with negotiations about repealing and replacing the Affordable Care Act.

Why? Because making sure everyone has access costs more.

Insurance is a pooled-money proposition. If you let in people with higher costs, then you either need more money, or you need to limit what you are willing to pay for.

This is the quandary Congress is in now, and some propose to essentially kick the decision down to states. This week, it looked like the American Health Care Act would come up for a vote with an amendment that offered states flexibility. As the New York Times explains it:


"Mr. MacArthur’s amendment would allow states to opt out of certain provisions of the Affordable Care Act, including one that requires insurers to provide a minimum set of health benefits and another that prohibits insurers from charging higher premiums based on a person’s health status.

We would add, they protect the human rights of people with intellectual and developmental disabilities to access the care they need to live in the community.

The essential health benefits that states could waive include:

As the Consortium for Citizens with Disabilities puts it, "The combination of these changes would make it nearly impossible for people with pre-existing conditions to find affordable plans that cover basic health care services."


WHAT ELSE YOU NEED TO KNOW:

Congressional work to repeal and replace the Affordable Care Act is ongoing, and earlier plans to cut and cap Medicaid are still being discussed. Medicaid is the single largest source of health coverage in the United States. It is a joint federal and state program, and funding comes from both.

The AHCA cuts $880 billion out of the Medicaid program; these cuts, in turn, offset proposed tax cuts for the wealthy and corporations.

People with intellectual and developmental disabilities and their families interact with Medicaid in several ways:

First, many are insured through the state's Apple Health program. This is what Washington calls its Medicaid program. Apple Health provides preventative care, like cancer screenings, treatment for diabetes and high blood pressure, and many other health care services. It was expanded under the Affordable Care Act, and now many families of people with developmental disabilities are covered by it. The repeal and replace proposals in Congress look at ways to scale back Medicaid through cuts, caps and block grants.

Federal contributions to Medicaid would freeze. The expansion offered under the Affordable Care Act would end. Ultimately capping puts pressure on the states to limit services or caseload. The bottom line to these approaches is they mean less coverage. Either people get cut, or services get cut.

And a lot of the people who would be affected are people with disabilities and their families.

APPLE HEALTH FOR WORKERS WITH DISABILITIES

This program allows people who are employed and who also have disabilities the option to purchase insurance on a sliding scale. Many people with intellectual and developmental disabilities want to work - and do! - but don't work full-time and don't qualify for employer-provider coverage.

HOME AND COMMUNITY BASED SERVICES

Medicaid is the source of funding for the long-term care of people with developmental disabilities. It pays for institutional care.

But research shows moving from institutional settings to smaller community-based ones leads to better outcomes for people with developmental disabilities. So, states can request waivers to use this funding for services that make it possible for people to stay in or move to community care.

WHAT PEOPLE STAND TO LOSE

Between Apple Health, Health Care for Workers with Disabilities, and Home and Community Based Services, here is what Medicaid provides for people with developmental disabilities:


- Ramona Hattendorf, Director of Advocacy, The Arc of King County

Advocacy @ Arc of King County
We protect and promote the rights of people with intellectual and developmental disabilities. We teach civic engagement and leadership skills and connect people to opportunities so they can be the change they want to see.